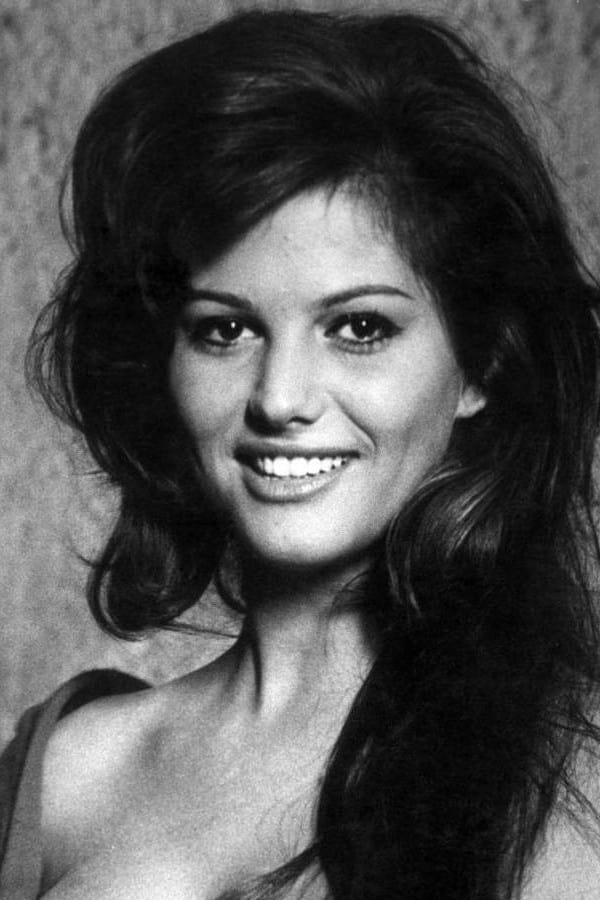 Claude Joséphine Rose "Claudia" Cardinale (born 15 April 1938) is an Italian actress. She has starred in European films in the 1960s and 1970s, acting in Italian, French, and English. Born and raised in La Goulette, a neighbourhood of Tunis, Cardinale won the "Most Beautiful Italian Girl in Tunisia" competition in 1957, the prize being a trip to Italy, which quickly led to film contracts, due above all to the involvement of Franco Cristaldi, who acted as her mentor for a number of years and later married her. After making her debut in a minor role with the egyptian star Omar Sharif in Goha (1958), Cardinale became one of the best-known actresses in Italy with roles in films such as Rocco and His Brothers (1960), Girl with a Suitcase (1961), Cartouche (1962), The Leopard (1963), and Fellini's 8½ (1963). From 1963, Cardinale appeared in The Pink Panther opposite David Niven. She went on to appear in the Hollywood films Blindfold (1965), Lost Command (1966), The Professionals (1966), Don't Make Waves (1967) with Tony Curtis, The Hell with Heroes (1968), and the Sergio Leone Western Once Upon a Time in the West (1968), a joint US-Italian production, in which she was praised for her role as a former prostitute opposite Jason Robards, Charles Bronson, and Henry Fonda. Jaded with the Hollywood film industry and not wanting to become a cliché, Cardinale returned to Italian and French cinema, and garnered the David di Donatello for Best Actress award for her roles in Il giorno della civetta (1968) and as a prostitute alongside Alberto Sordi in A Girl in Australia (1971). In 1974, Cardinale met director Pasquale Squitieri, who would become her partner, and she frequently featured in his films, including I guappi (1974), Corleone (1978) and Claretta (1984), the last of which won her the Nastro d'Argento Award for Best Actress. In 1982, she starred in Werner Herzog's Fitzcarraldo as the love interest of Klaus Kinski, who raises the funds to buy a steamship in Peru. In 2010, Cardinale received the Best Actress Award at the 47th Antalya "Golden Orange" International Film Festival for her performance as an elderly Italian woman who takes in a young Turkish exchange student in Signora Enrica. Outspoken on women's rights causes over the years, Cardinale has been a UNESCO goodwill ambassador for the Defense of Women's Rights since March 2000. In February 2011, the Los Angeles Times Magazine named Cardinale among the 50 most beautiful women in film history. Description above from the Wikipedia article Claudia Cardinale, licensed under CC-BY-SA, full list of contributors on Wikipedia.

All Roads Lead to Rome

A Dying Breed: The Making of 'The Leopard'

An Opera of Violence

The Wages of Sin

Something to Do with Death

And Now... Ladies and Gentlemen...

The Magic of Fellini

Son of the Pink Panther

The Adventures of Gerard

The Hell with Heroes

The Story of Film: An Odyssey How to save & download linkedin video online to 4K/MP4/AVI/3GP format? How to download & save Times of India video/news/clips online?