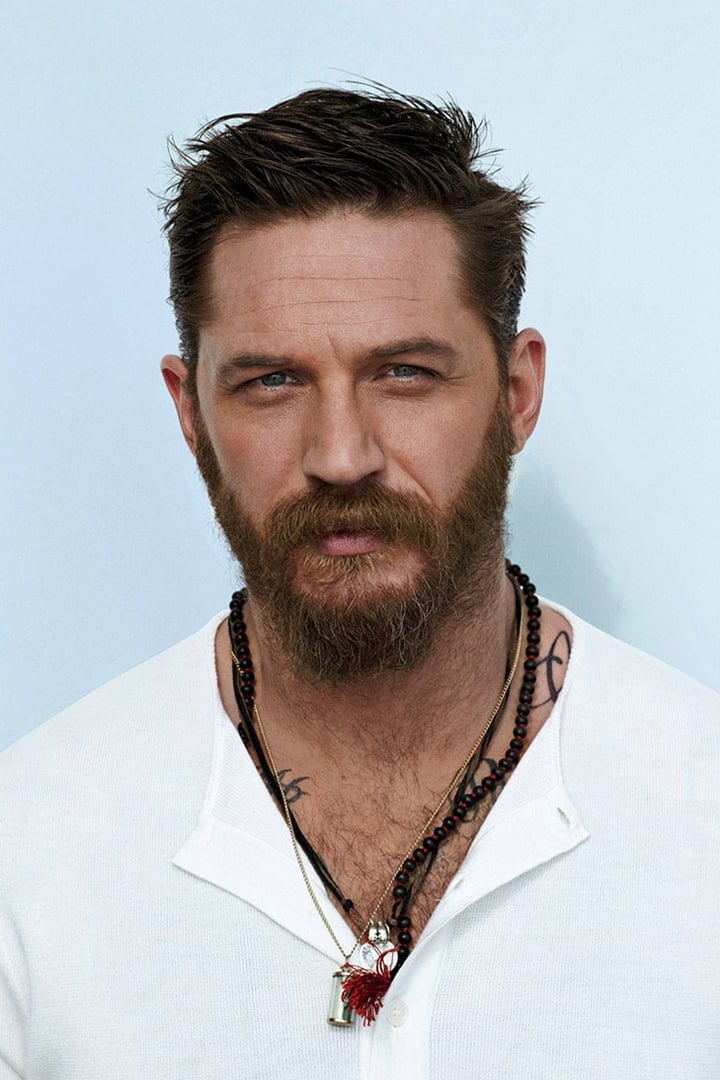 Edward Thomas Hardy CBE (born 15 September 1977) is an English actor, producer, writer and former model. After studying acting at the Drama Centre London, he made his film debut in Ridley Scott's Black Hawk Down (2001). He has since been nominated for the Academy Award for Best Supporting Actor, two Critics' Choice Movie Awards and two British Academy Film Awards, receiving the 2011 BAFTA Rising Star Award. Hardy has also appeared in films such as Star Trek: Nemesis (2002), RocknRolla (2008), Bronson (2008), Warrior (2011), Tinker Tailor Soldier Spy (2011), Lawless (2012), This Means War (2012), Locke (2013), The Drop (2014), and The Revenant (2015), for which he received a nomination for an Academy Award. In 2015, he portrayed "Mad" Max Rockatansky in Mad Max: Fury Road and both Kray twins in Legend. He has appeared in three Christopher Nolan films: Inception (2010) as Eames, The Dark Knight Rises (2012) as Bane, and Dunkirk (2017) as an RAF fighter-pilot. He starred as both Eddie Brock and Venom in the 2018 anti-hero film Venom and its sequel Venom: Let There Be Carnage (2021). Hardy's television roles include the HBO war drama mini-series Band of Brothers (2001), the BBC historical drama mini-series The Virgin Queen (2005), Bill Sikes in the BBC's mini-series Oliver Twist (2007), Heathcliff in ITV's Wuthering Heights (2009), the Sky 1 drama series The Take (2009), and as Alfie Solomons in the BBC historical crime drama series Peaky Blinders (2014–present). He created, co-produced, and took the lead in the eight-part historical fiction series Taboo (2017) on BBC One and FX. In 2020, he also contributed narration work to the Amazon docuseries All or Nothing: Tottenham Hotspur. Hardy has performed on both British and American stages. He was nominated for the Laurence Olivier Award for Most Promising Newcomer for his role as Skank in the production of In Arabia We'd All Be Kings (2003), and was awarded the 2003 Evening Standard Theatre Award for Outstanding Newcomer for his performances in both In Arabia We'd All Be Kings and Blood, in which he played Luca. He starred in the production of The Man of Mode (2007) and received positive reviews for his role in the play The Long Red Road (2010). Hardy is active in charity work and is an ambassador for the Prince's Trust. He was appointed a CBE in the 2018 Birthday Honours for services to drama. Description above from the Wikipedia article Tom Hardy, licensed under CC-BY-SA, full list of contributors on Wikipedia.

Venom: Let There Be Carnage

The Road Warriors: Max and Furiosa

The Five Wives: So Shiny, So Chrome

The Fire Rises: The Creation and Impact of The Dark Knight Trilogy

Scenes of a Sexual Nature

My War Gone By, I Miss It So

The Things They Carried

All or Nothing: Tottenham Hotspur